There is nothing quite like the magic of Christmas for me. Throughout my childhood, each year captured my imagination, and I always look back on with fond memories of this wonderful time of year. Sometimes I do miss waking up on Christmas morning to see that the cookies, milk and carrot you left out for Santa and his reindeer are all gone! But now there is a totally different kind of magic; the love that I share with my family.

Though with that said, I have always been drawn to fantasy as it takes me to places that fill me with curiosity and the strong desire to go on adventures of my own.

I was fortunate enough to have grown up with the phenomenon that is Harry Potter, and have been captivated by Hogwarts School of Witchcraft and Wizardry ever since.

But this year was the year that I have been waiting for since the grand entrance hall opened its doors; to visit Hogwarts in the Snow

Step into the wizarding world in the picturesque snowy scenes that you have seen throughout the phenomenal book and film series that is Harry Potter. At Warner Bros. Studio in Leavesden, London you will be enchanted by the spectacular sets, props,  and costumes that were created exclusively for the filming of the wizarding series. This is a capsule of the artistry, craft, technology, production and make-up to name but a few of the outstanding areas that were apart of the construct behind The Making of Harry Potter.

As Chris and I are huge Potter fans, we both decided that this was one of the things we wanted to tick off our list of things to see and experience together. So for his birthday late November, I booked us our trip and counted down the days until then!

We travelled by train from Euston Station to Watford Junction where you can catch the Night Bus (from Prisoner of Azkaban) which takes 20 minutes to get the studios (£2.50pp return). Having been before I was familiar with how it all worked but since then the security has been increased and there are a fair few times that we had our tickets checked. 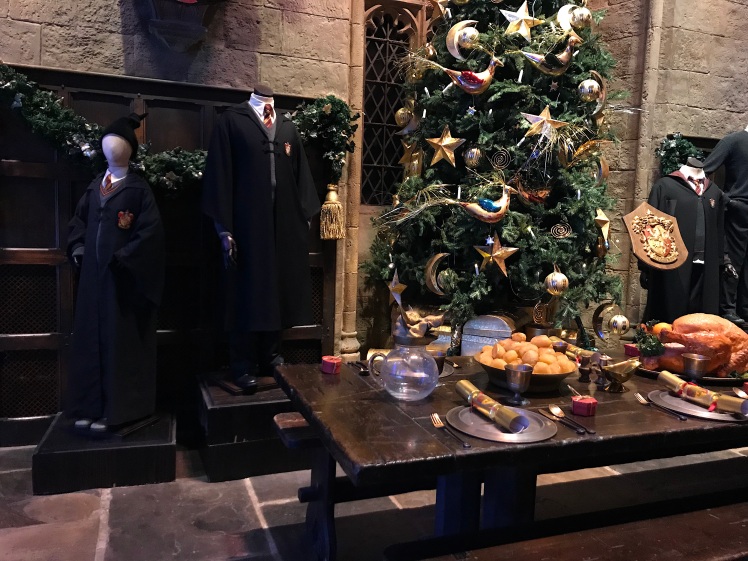 As you wait to go in you are in a queue formed right by the smallest set made which was Harry Potter’s cupboard under the stairs (Philosphose stone) – that still felt surreal to see the second time around. Once it is your time to go on, you are given a talk by one of the staff members about what to expect (basically be prepared to be blown away!) and you are shown a video before entering into a large theatre. I will not say any more about this part because I don’t want to ruin it for those who want to go!

The first set you go into is the Great Hall itself, set out just like they had it for Christmas scenes throughout all the films. Honestly, it is spellbinding how amazing it all looks, though it does feel a lot smaller than you would imagine it to be – magic of the camera! For the winter theme, they transformed the staff dining tables and Dumbledores Owl Lecturn into an ice sculpture featuring the orchestra that was playing at the Yule Ball in the Goblet of Fire. 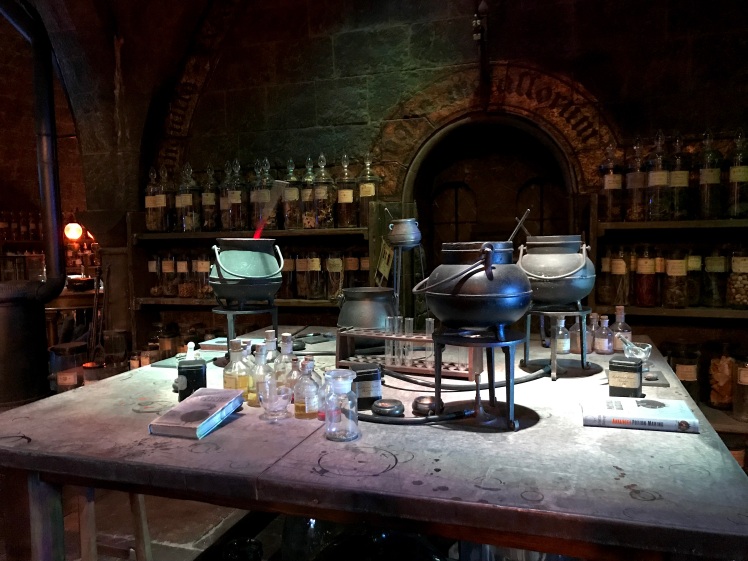 From there you spend a long as you like wandering around looking at everything with a great level of detail. One of my favourite parts of the tour is being in the Forbidden forest where you are greeting by Buckbeak who bows graciously to you.

Expect to see everything such as the Gryffindor Common Room, Hagrid’s Hut, Dumbledore’s Office, Snape’s Potions Classroom, The Wesley’s Kitchen, and Diagon Alley! One of the most iconic things you associate with Harry Potter is the Hogwarts Express, which is right there waiting for you to hop on board. Honestly, it is a breathtaking sight.

Even the second time around the attention to detail with every element of the making of every single film is remarkable. That level of dedication to recreating J.K. Rowling’s imagination in the most sensational way possible leads you to appreciate the entirety of it all that much more.

What I loved about going during this seasonal display of the sets, was how they added in new props, costumes and much more to surprise and dazzle both new and revisiting guests. In the courtyard, there were blasts of artificial snow to really add to the feeling. You can sit inside and watch it fall down over Privet Drive whilst drinking a butterbeer, or you can sit in the magic car that Ron drove Harry in for them to try and get to Hogwarts! (Chamber of Secrets).

The is no doubt that you get your value for money and then some with every aspect of the tour. But I strongly advise you take in your own food and drink because prices are very steep!

Chris was thrilled to pieces with the whole experiences and said there and then that we would have to come back next year to see it all over again – I certainly can’t say no to that!